Lords of light! Just in time for DragonCon 2016, we're flashing back to DragonCon 2015 for a panel about Thundarr the Barbarian! Yes, Kevin and a bunch more sleep-deprived maniacs from the American Sci-Fi Classics Track look back at our favorite post-apocalyptic Saturday morning cartoon hero. In Thundarr's world, the horses had beaks, the rats had stylish scarves, and nobody — certainly not Ookla the Mok — wore pants. It was glorious. Our conversation drifts to other Saturday morning science fiction favorites too: Space Ghost, Herculoids, Jason of Star Command, Gilligan's Planet... yikes, now all you need is a big bowl of Cookie Crisp (like we had at the panel — yes, Joe brought cereal). Plus: Back in Chickentown, Kevin and Kornflake watch a very special Thundarr episode in which Thundarr goes to Boston! (A crumbling post-apocalyptic version of Boston, that is... but in a way, it's frighteningly accurate.) Thundarr's Boston episode is called "City of Evil." Write your own punchline; we're still sleepy.

A good time was had by all at the Thundarr panel. Joe Crowe (far left) was especially excited about Ookla's horse. 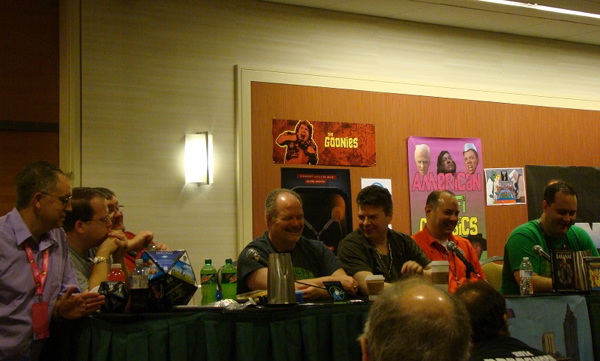 Scenes from the Boston episode, plus a dancing Mok: 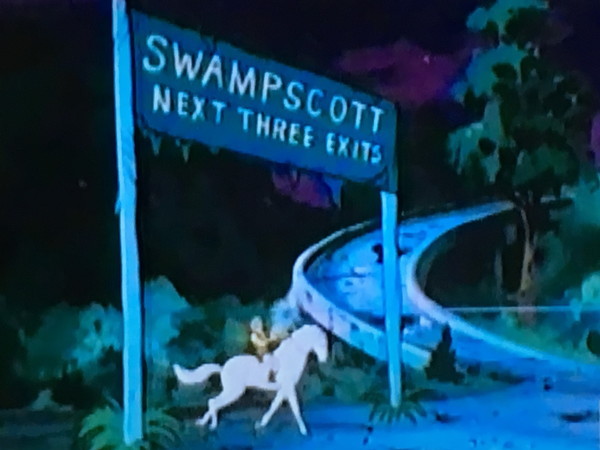 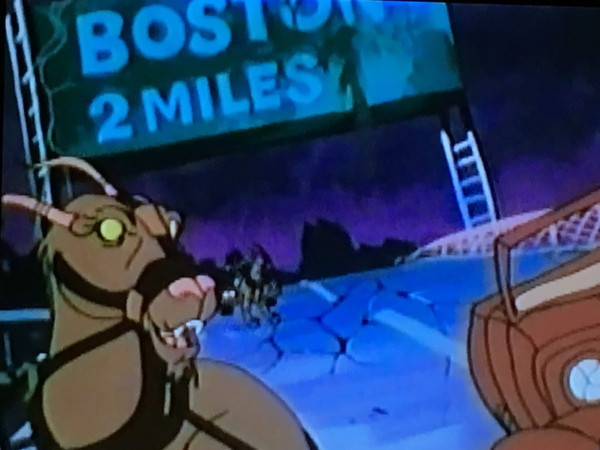 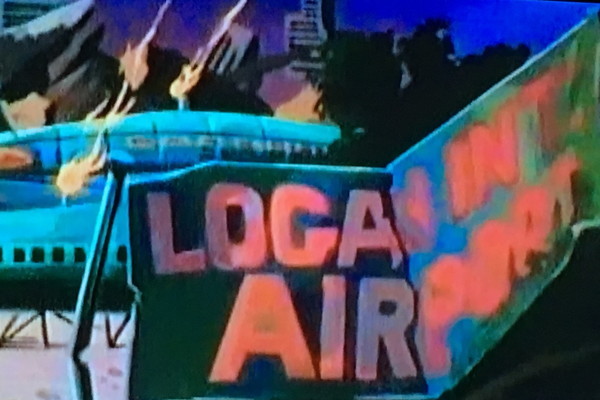 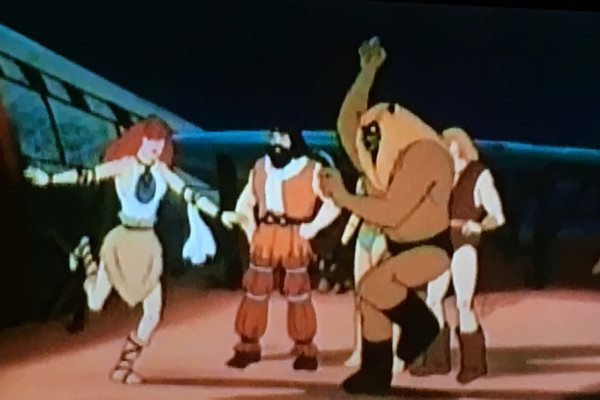