Kornflake learns that no revenge is sweeter than a birthday cake in the face; Vodka Day is this week, which means we'd better keep an eye on our friend Vodka (we, uh, know a girl named Vodka); George Takei boldly chicken-dances where no chicken has danced before; and we end with a round of "What's in the Bag," compliments of Luke and Sara, who mailed us a mysterious (and yes, chicken-themed) package. (This episode turned out to be even more chicken-themed than we'd intended. Hope you're okay with that.)

October 4 is the day to celebrate vodka in all its many flavors. Kevin and Felicity first encountered flavored vodka at the awesome wedding described in Flopcast 056; Felicity was really digging the bubblegum.

Kevin made his disdain for the Chicken Dance known in Flopcast 053. Nevertheless, we can't ignore it when George Takei, one of our favorite people, leads an entire city in the Chicken Dance at Cincinnati's Oktoberfest. Thanks to Christine for the tip!

Hey, Cincinnati, give us a call next year! Kornflake is game, even if Kevin refuses to dance (he always does, even when the dance is not chicken-themed).

Our audience demands more chicken content and more "What's in the Bag?" (not really), so allow us to oblige, thanks to Luke Ski and Sara Trice. They had the privilege of riding in the Chicken Limo, which we discussed in Flopcast 064, and they sent us goodies! 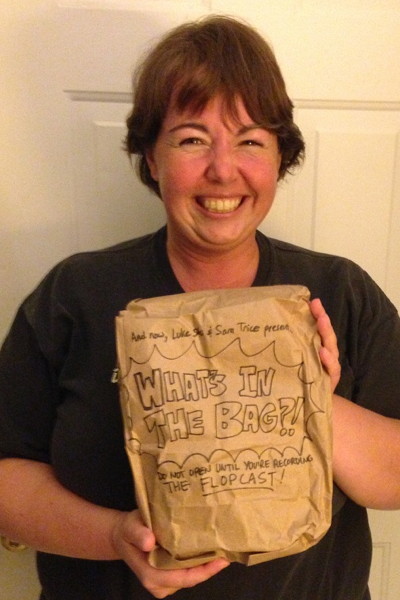 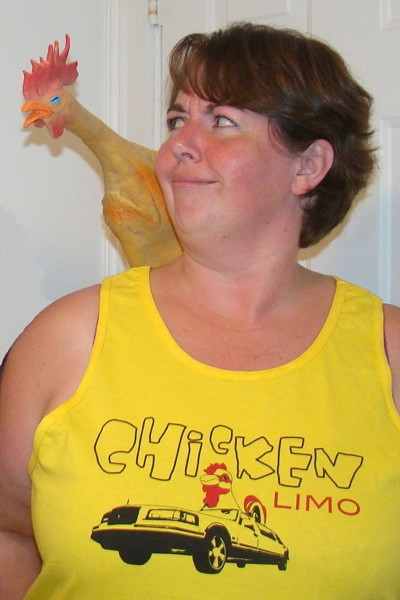 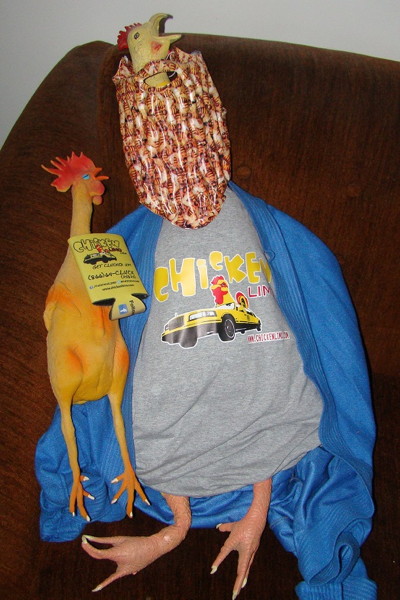