Happy 75th Birthday to Superman! Kevin and Kornflake celebrate with a Flopcast-style tribute to the Man of Steel, focusing on important stuff like goofy Super Friends cartoons, 1970s Mego dolls (sorry, action figures), comic book ads for glow-in-the-dark Kryptonite, and Beppo the Super Monkey (proud member of the Legion of Super Pets). Enjoy some classic (and some long forgotten) TV commercials and PSAs along the way. (If you stockpiled a few cases of Superman Peanut Butter back in the 80s, make yourself a sandwich.) Also: Kornflake is excited about the new Barenaked Ladies album and tour, and we prepare for National Flip Flop Day. (Hey, you know who can't wear flip flops? Superman's mermaid girlfriend Lori Lemaris, that's who. Maybe life in Atlantis isn't quite as awesome as you thought.)

Happy National Flip Flop Day, from the footwear that gave the Flopcast its name! 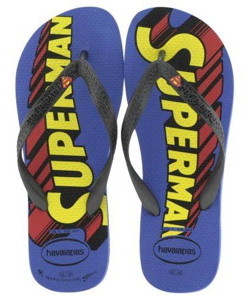 Kornflake is one of Barenaked Ladies' biggest fans. Here's the first single off their new album:

Krypto, Streaky, Beppo, and Comet made up the Legion of Super-Pets!

Krypto was a busy superdog; he was also invited to join the Space Canine Patrol Agents.

The ad for Kryptonite Rocks is quite a bit more exciting than the reality... 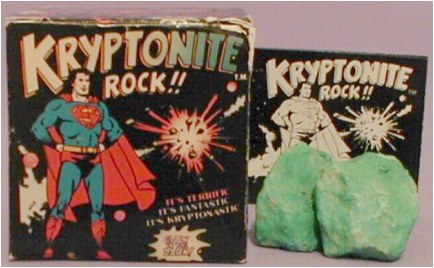 This youngster looks more likely to grow up into a supervillain than a superhero. "I will devour you, Superman!" 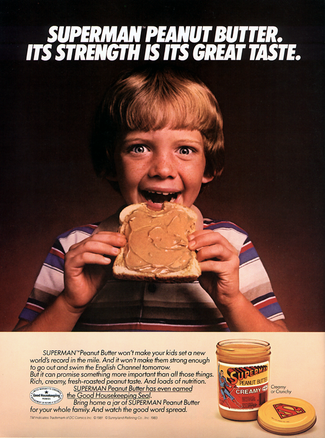 Mego's superhero figures were major players in both Kevin and Felicity's childhood. Read all about Superman at the Mego Museum. 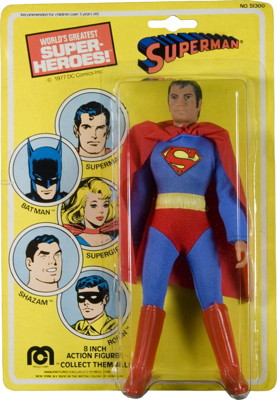 The gorgeous Max Fleischer Superman cartoons from the 1940s can be watched in their entirety on YouTube.

The troubled life of George Reeves, who starred in Adventures of Superman from 1952 to 1958, is examined in the film Hollywoodland, featuring Ben Affleck as Reeves. 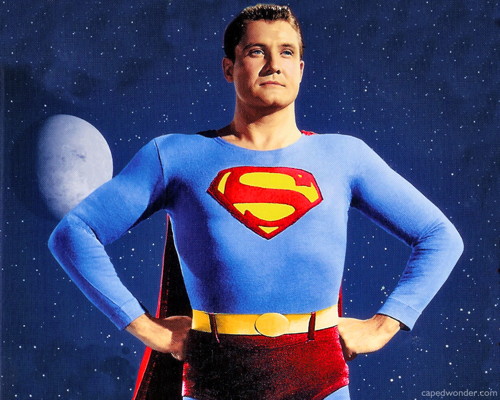 The first TV series produced by Filmation was The New Adventures of Superman, running from 1966 to 1970. Filmation would go on to feature Aquaman and Batman in their own series, along with shorts featuring other DC comics characters.

The Saturday morning cartoon Super Friends experienced many format changes over its run. Here is the intro to one of Kevin and Felicity's favorite seasons, the source of the safety lessons you hear throughout this episode.

For perfectly embodying both Superman and Clark Kent, the late Christopher Reeve may be impossible to beat. His four-film stint in the role peaked with Superman II in 1980. 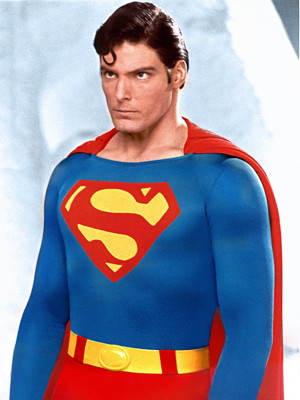 Kornflake remembers the Ruby-Spears Superman cartoon from 1988, but not many others do.

And the list goes on! Superboy, Lois and Clark, Smallville, the misguided Superman Returns, and the soon-to-be-released Man of Steel would give us enough to talk about for several more episodes. It seems likely that Superman will continue to be a pop culture fixture for another 75 years.