We're gonna need a bigger podcast, because we're celebrating Shark Week with a ridiculous shark-themed Top 4 ½ List! We have shark cartoons, shark TV shows, shark songs, shark candy, and perhaps even a real live shark. We also look at episode 6 of High Feather, in which our goofy summer campers get lost in the woods, end up at a scary farm, and meet a bunch of cows and chickens (but alas, no sharks). So has the Flopcast finally jumped the shark? If next week's show is hosted by Ted McGinley, you'll have your answer.

Shark Bites are a snack fondly remembered by Kornflake. They are apparently still out there, made by Betty Crocker 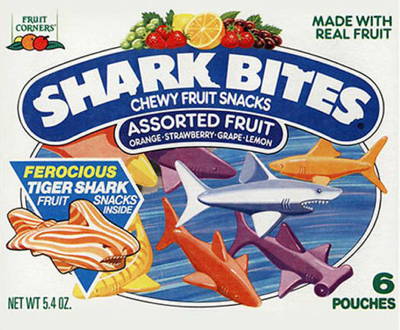 Sharktopus is not only a movie, it's a trilogy! Conan O'Brien had a cameo in the second installment, Sharktopus vs. Pteracuda. And, as Kornflake noted, it's the name of a song by Nuclear Bubble Wrap, which has a cute animated video.

Other shark-themed songs on the list are The Shark Fighter by The Aquabats and Shark Attack by Freezepop.

King Shark is a DC Comics villain who has made brief appearances on The Flash. 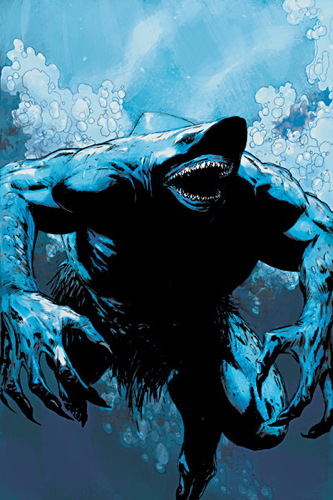 Two cartoon sharks debuted in the wake of Jaws: Jabberjaw and Misterjaw 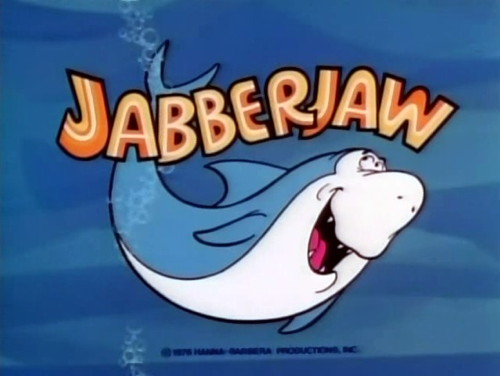 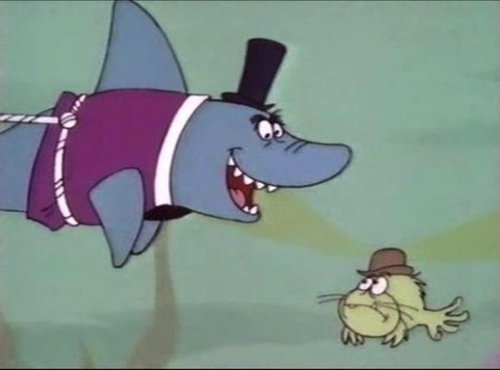 This handsome but aggressive fish is the red-tailed black shark. 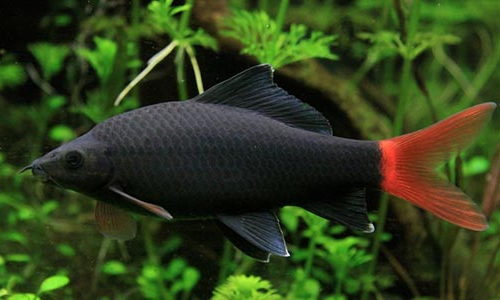