Flopcast 185: The Legend of Turkey Stark

We're halfway through our court-ordered ten-episode celebration of the 80s, which means it's time to talk about 1985. Kornflake has a song by Passion Pit (not from 1985, but still thematically appropriate... well played, Kornflake). Meanwhile Kevin selects the classic Pat Benatar-meets-Supergirl film The Legend of Billie Jean, because fair's fair. Then we move on to some holiday talk — Kevin's Halloween costume was the stupidest thing anyone has ever seen, and we have the Turkey Stark business cards to prove it. We also thought Thanksgiving week would be the perfect time to tell the world about "turxting" — a bold new breakthrough in turkey-themed communications technology. (You might even hear us send and receive turxt messages from some friends of the Flopcast during the show! Try to contain your excitement.) And we look forward to our final convention of the year, the Northeast Comic Con! (If Judy Robinson from Lost in Space will be there, then we'll be there. This is how we plan our lives.) Hey, if you found this week's show to be a little weird, please let us know. Send us a turxt.

This week, Kornflake tells us about a song with 1985 in the title. Pretty sneaky, Sis.

Meanwhile, Kevin educates us about this Billie Jean... 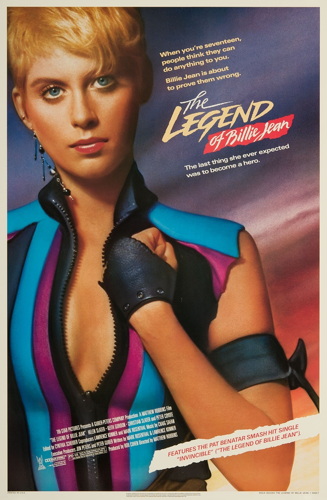 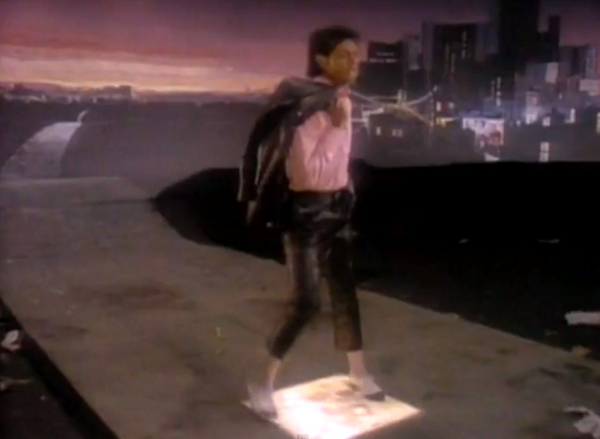 It's time for everyone to start turxting! For example, here is an actual turxt exchange between Felicity and Kevin: 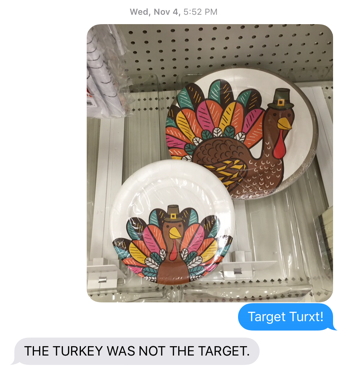 You can kick off the conversation by telling all your friends about Turkey Stark! 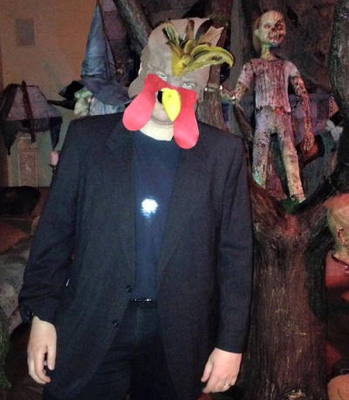 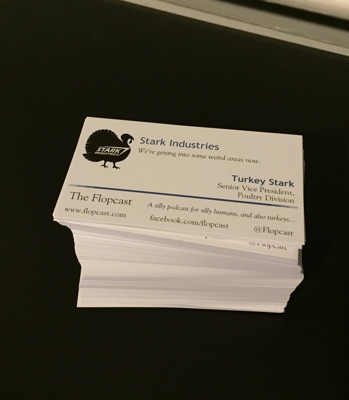 Northeast Comic Con, December 5-6, will feature cast reunions for both Lost in Space and A Christmas Story! Kevin talked about this statue back in Flopcast 114. 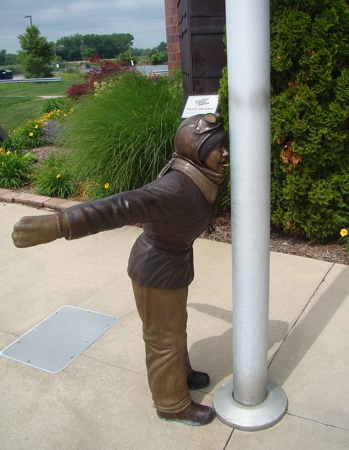