Kevin and Kornflake celebrate the year 1982 by discussing a couple of lost Saturday morning cartoons ("Meatballs and Spaghetti" and "Pandamonium") and an early computer virus ("Elk Cloner"). Scientists are trying to determine which of these 1982 creations has done the most damage over the years. Then we review the recently announced nominees for induction in the Rock and Roll Hall of Fame next year: Chic, Deep Purple, Nine Inch Nails, NWA, The Smiths, The Spinners, Yes, The Cars, Cheap Trick, Chicago, Janet Jackson, The JB's, Chaka Khan, Los Lobos, and Steve Miller. Warning: This list contains one of Kevin's all-time favorite artists, as well as one he thinks is the worst thing that ever happened. (The Hall of Fame has a lot of range, apparently.) By the way, we're still angry about The Monkees getting snubbed every year. Also, Tiffany.

Kevin remembers these short-lived cartoons from 1982, but it's clear that very few others do. 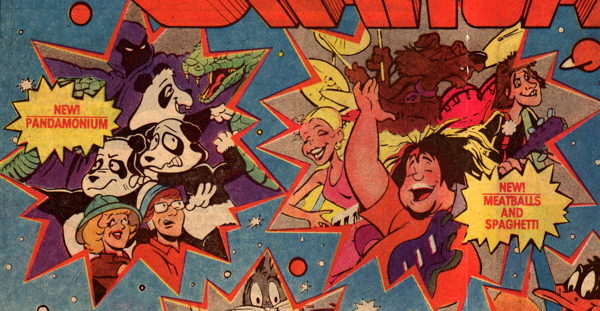 Meanwhile, Kornflake teaches us a lesson about Elk Cloner.

Read more about the 2016 nominees for induction into the Rock & Roll Hall of Fame here, and vote here (or, you know, don't bother). 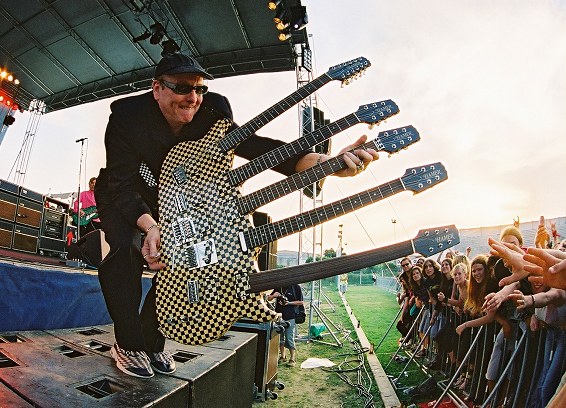 Before exposure to Kevin's extensive knowledge of The Cars, Felicity didn't realize some of her favorite songs were sung by the late Ben Orr and not Ric Ocasek. Here's one of them:

The surviving band members reunited for the album Move Like This and toured in 2011.