It's a quick show this week, but we still manage to cover all the pressing issues of the day, including bumblebee costumes (Kornflake wants hers back), World Octopus Day (Doctor Octopus is celebrating by creeping everyone out), and the 25th First Annual Ig Nobel Prizes! This year's Ig Nobels, which celebrate the sillier side of science, recognize studies in how to unboil an egg, how to fight bribery with bribery, and how to make chickens walk like dinosaurs. (Yes, we did indeed cover that last one here on The Flopcast several months ago. We try to stay ahead of the curve on chicken stories.) Now if you'll pardon us, we really do need to go track down some Frankenberry.

This week, Kornflake offers you a choice. National Costume Swap Day is celebrated on the second Saturday of October, while World Octopus Day is always on October 8. (August 8 would be better, because then it would be 8/8.) 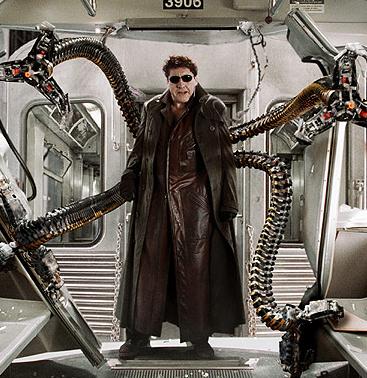 Never fear, Kevin, General Mills is keeping up the tradition of re-releasing the Monster cereals for Halloween.

You can find a complete list of 2015 Ig Nobel winners here. The chicken-dinosaur study was previously discussed in Flopcast 093, and the scientists deserve special kudos for their live demo during the ceremony.