Kevin has abandoned Chickentown to join the crazy people at DragonCon! Assuming he isn't captured by Sleestaks, we'll have a full report in a couple of weeks. Meanwhile, here's a special panel we recorded on the Fourth of July at CONvergence in Bloomington, Minnesota! Kevin is joined by our new best friends Jennifer, Mark, and Anna, and we discuss one of our very favorite subjects: Saturday morning cartoons! Included in the discussion: Scooby Doo, Gilligan's Planet, Jabberjaw, Fangface, Strawberry Shortcake, New Kids on the Block, Danger Mouse, Beetlejuice, The Harlem Globetrotters, Mighty Mouse, Jem, Captain Caveman, Speed Racer, Gargoyles, PSAs, Magic School Bus vs. Mission: Magic!, Filmation's Ghostbusters vs. The Real Ghostbusters, the problem with Super Friends (what?), and much, much more. And if you stick around for the panel's shocking conclusion, you just might hear the Mayor of Chickentown (along with the whole audience) join us for a School House Rock singalong! (Be kind when you unpack your adjectives.) Also: Kornflake learned her multiplication tables not with School House Rock, but with Hershey's chocolate bars. You're not surprised, are you?

September 13 is the birthday of Milton S. Hershey, founder of the famous chocolate company. Felicity can take or leave milk chocolate, but she was introduced to the far superior dark chocolate thanks to Hershey's Special Dark.

To illustrate just a few cartoons mentioned by the panel... 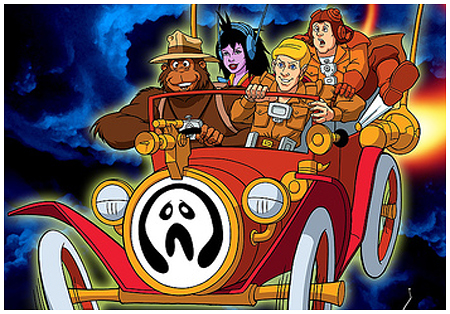 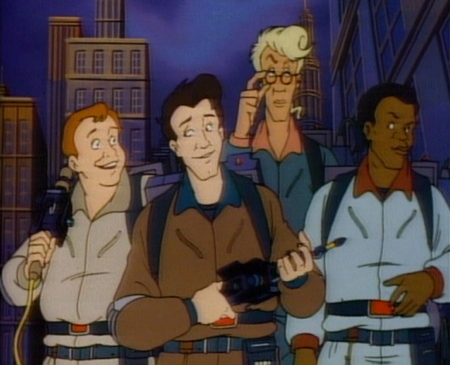 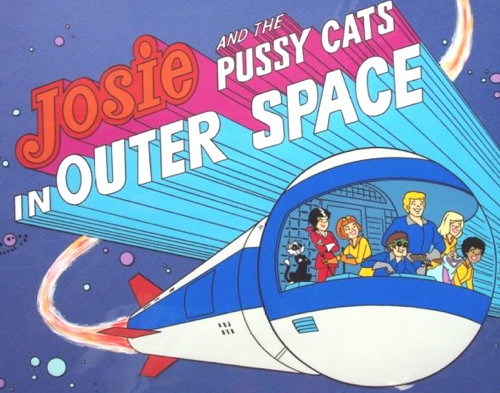 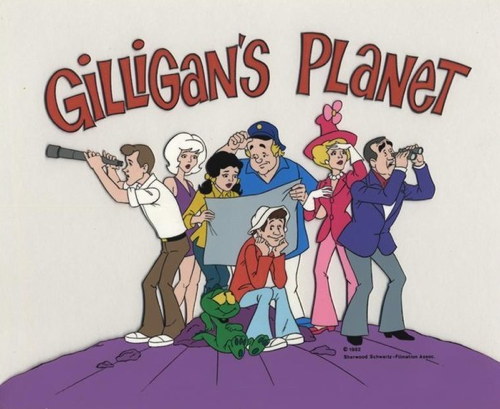 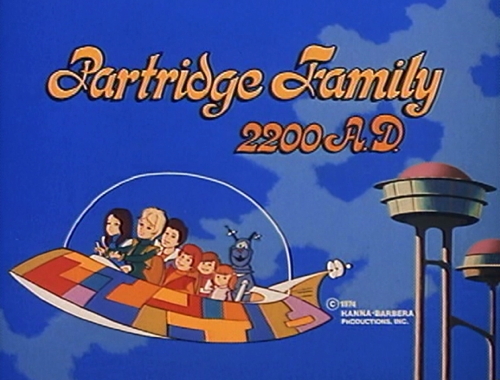 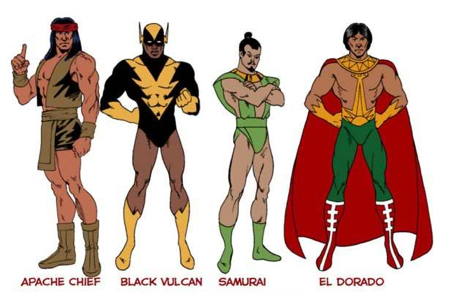 The Ultimen from Justice League Unlimited paid homage to three of the above plus the Wonder Twins: