Our report from the South Coast Toy and Comic Show includes: silly cat comics; a very tempting Monster Squad board game; the stars of Buck Rogers, Clerks, and The Last Dragon; and our dream of unleashing the New England Brethren of Pirates on Fish Island. Also: comedian Marc Maron (whose podcast is arguably even more popular than this one), DNA Day (celebrate by running up and down a spiral staircase), and another "Chickens in the News" story (which is eerily similar to our last "Chickens in the News" story). As the old saying goes, this show is more fun than pouring hot coffee on a snowbank.

April 25 is National DNA Day, commemorating the publication of the double-helix structure in Nature.

At the South Coast Toy and Comic Show, Kevin met artist Rusty Gilligan, whose comic Mac and Trouble is based on his actual cats. He appears in costume to promote it!

From Buck Rogers, here are Felix Silla and Gil Gerard: 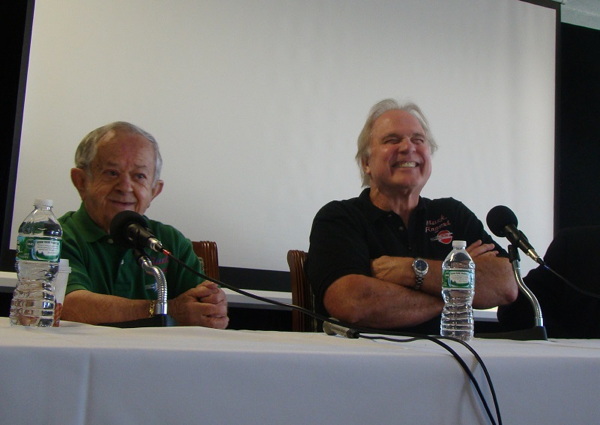 From Clerks, Scott Schiaffo and Brian O'Halloran (soon to launch a podcast of his own, The OHalloRant): 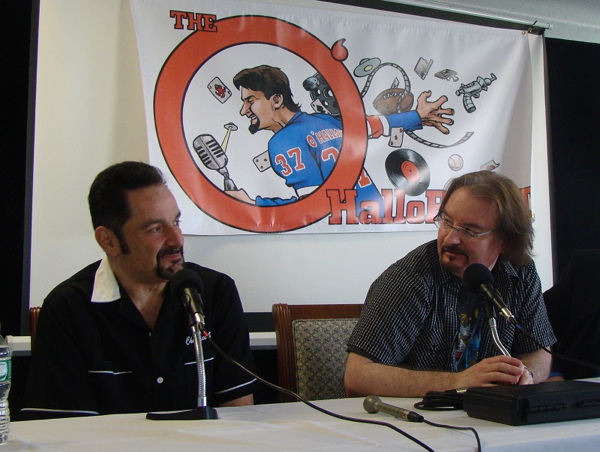 The remarkably well-preserved Taimak from The Last Dragon: 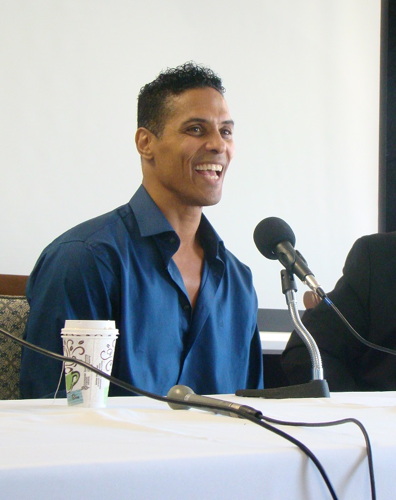 Felicity and Kevin are fans of Marc Maron's stand-up, his podcast, and his TV series on IFC. 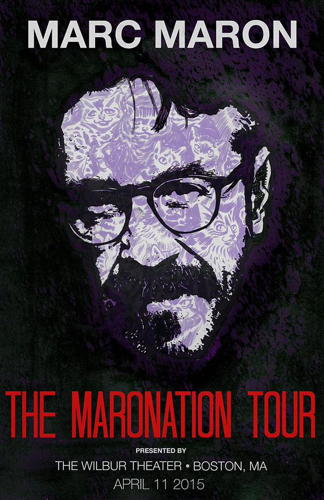 Owners of chicken statues in Athens, GA, beware! It turns out more than one has been stolen in recent months. 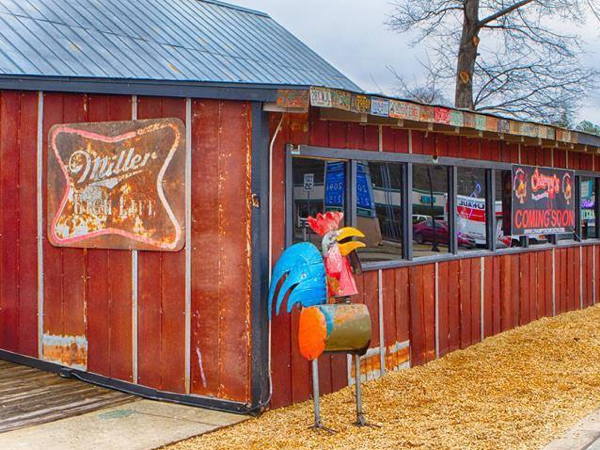