In less than two weeks, assuming we're not grounded by a horrifying blizzard (place your bets now), Kevin and Kornflake shall return to Bloomington, Minnesota for MarsCon! In addition to seeing some of our favorite funny musicians, we'll be hosting a game show-style live version of the Flopcast, and Kornflake will be back in the pool for Dementia Water Aerobics! Kevin's goofy band The Sponge Awareness Foundation is performing too, and this week we reveal the new SAF merchandise we're producing just for MarsCon! (This could become a rare collector's item!!!) (But probably not!!!) Also: Although we miss his giant crazy 80s hair, no one is to blame for our love of Howard Jones.

On February 23, we commemorate the birth of Howard Jones. Here he is at his hairtastic prime. 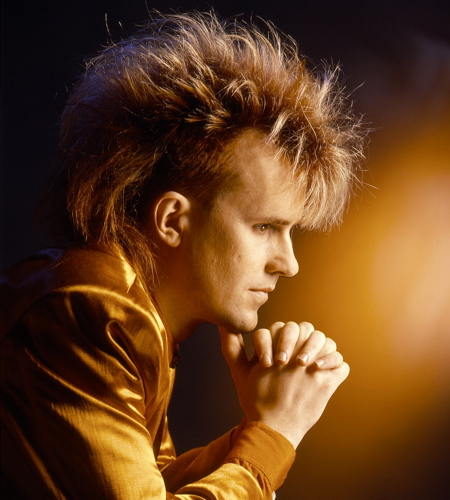 Kevin and Kornflake turn the spotlight on MarsCon 2015, coming up March 6-8! The Dementia Track will feature a live Flopcast recording, water aerobics with Kornflake, and performances by:

SAF will have something very special at the Dementia Track merch table, so make sure to stop by if you are in attendance!