It's a music-themed episode this week, as Kevin and Kornflake discuss recent shows by Jim's Big Ego (featuring an onstage appearance by Kornflake), The Aquabats (featuring a member of The Cars, and a giant chicken), and a special benefit concert for Keytar Bear (featuring a brass band, a didgeridoo, Freezepop, and a bear playing a keytar). Then we present an interview with Rhode Island-based singer/songwriter Jacob Haller! Topics include robots, kittens, weird dreams about Cher, and an exploding whale. Also: National Waitstaff Day is this week. So leave a big tip, even if you didn't order the exploding whale.

We encourage you to tip generously on all occasions, but you should especially do so on May 21, National Waitstaff Day. 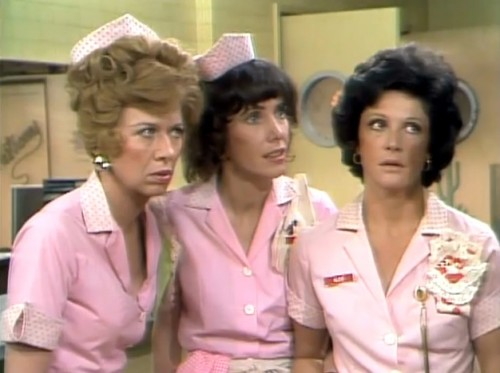 Kornflake had an important question answered at the Jim's Big Ego "Ego and the Oracle" show. Now she's starting a cult. 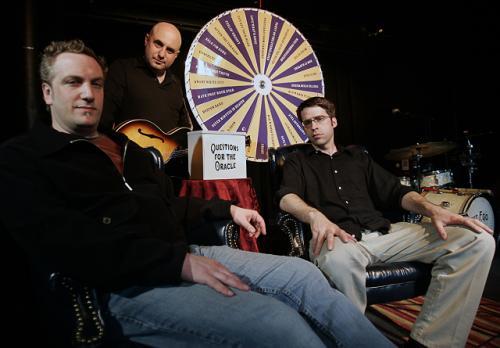 Alas, Kornflake missed The Aquabats, whose recent local performance featured appearances by The Cars' Greg Hawkes and a giant chicken (not during the same song).

He plays keytar and dresses in a bear suit...he's Keytar Bear! And thanks to the benefit concert Kevin attended (which featured performances by the Dirty Water Brass Band, Freezepop, and a didgeridoo-beatbox duo called Beat Travelers), he is performing again. 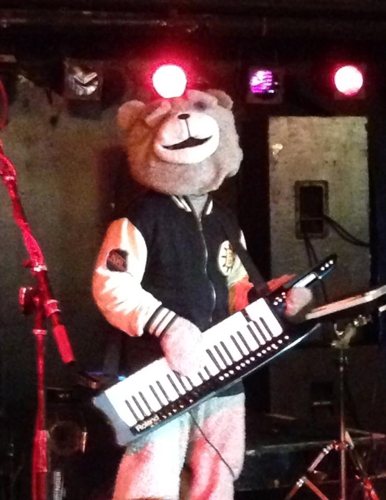 Musician and friend of the Flopcast Jacob Haller was interviewed about his new album, Time to Break Up the Band. Here's a live performance of a song from that album: "Binders Full of Women".