A special morning edition of the Flopcast! (It's so early that we can't even figure out how coffee works.) This week: Kevin and Kornflake ignore Groundhog Day and instead discuss their favorite human meteorologists (most of whom resemble Brady Bunch cast members); Kevin's long, silly week includes coffee jello with Penn Jillette and Weird Al-themed burlesque dancers; Kornflake plays mini-golf with glow-in-the-dark diseased people; "The Pudding Pages" teach us about the safe way for 90s kids to beat each other up; and since it's almost time for MarsCon, we plug some MarsCon-related fundraising projects. (And hey, look — the MarsCon 2014 Dementia Track Fund Raiser album includes a song by Kornflake and Doornail! Weird...)

The birth of John Jeffries, credited with being one of the first weather observers in the US, is commemorated on February 5, National Meterologist Day. Let's not forget the contributions of the groundhog, however, celebrated on February 2. Here's Buddy Hackett as the famous rodent in the Rankin/Bass special Jack Frost (one of Felicity's favorites mentioned in Flopcast 031).

Our featured 90s throwback of the week, courtesy of "The Pudding Pages", is Socker Boppers! Kornflake would really like a pair of these...

Kevin and Felicity recently saw Niki Luparelli and the Gold Diggers perform Madonna and Prince songs, accompanied by burlesque performers Babes in Boinkland. The Weekly Dig had a fun little interview with Niki in advance of the show. Less than a week later, Kevin saw a nerd-themed performance by Rogue Burlesque and Sirlesque. (Felicity was out of town; Kornflake was disappointed not to be invited).

Coffee Jello was in evidence at the live taping of Penn's Sunday School that Kevin attended somewhere in between the aforementioned burlesque shows. 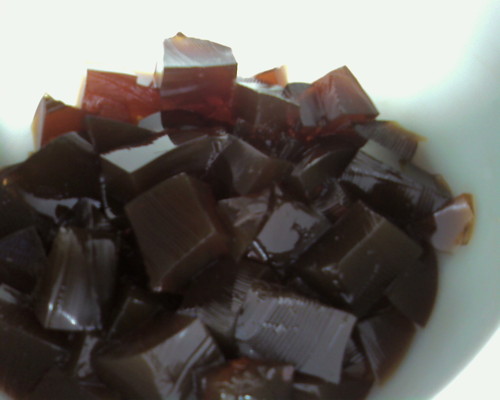 MarsCon will be discussed in more detail next week, but here are some fundraisers you can support in the meantime: Carrie Dahlby's album Sing All Funny Jokes, Beth Kinderman's Space Oddity Music Club and Brew Pub, and the Dementia Track Fundraiser Album, featuring our very own Kornflake! She and Delia (aka Doornail) debuted their song at last year's convention; longtime listeners may remember Delia's giggly presence on Flopcast 044.

Finally, this video has been making the rounds for a while, but it is well worth watching. Commander Chris Hadfield recorded this revised version of "Space Oddity" (Spoiler: Major Tom doesn't die at the end) aboard the International Space Station. The Boston Skeptics are currently reading his book, An Astronaut's Guide to Life on Earth.