Time to sneak snacks into the cinema, as the Mayor of Chickentown joins Kevin and Kornflake to discuss the new geek-friendly summer movies. (Star Trek! Iron Man! And for no good reason, Back to School and Fantasy Island!) We also celebrate National Chocolate Pudding Day with an ill-conceived arts and crafts project, this week's "Chickens in the News" is a lesson in how to annoy your annoying neighbors, and the Aquabats meet a mutant chicken. Okay, the podcast is starting — please turn off your cell phones and your babies.

On National Chocolate Pudding Day, Kevin and Felicity will be enjoying a pudding cake, while Kornflake will be fulfilling her childhood dream of ruling over a city constructed out of pudding and graham crackers.

SNL's Star Trek/Love Boat mashup can be viewed here. The Star Trek/Fantasy Island crossover, unfortunately, can be seen only in Kevin's mind. However, both actors to portray Mr. Roarke (Ricardo Montalban in the original 1978-84 series, Malcolm McDowell in the 1998 remake) have played villains in Star Trek films. 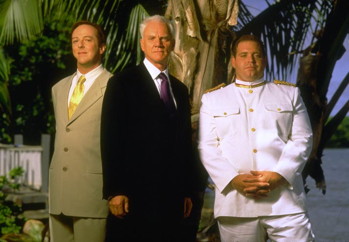 World War Z has been released since we recorded this episode, and apparently the story went through so many changes that it bears almost no resemblance to its source. Also, Felicity was mistaken; it's based on a regular novel rather than a graphic one. You can read a review of the film at Nerdist. 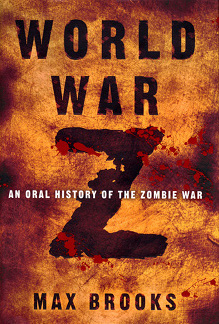 One of the other upcoming films Felicity mentioned, Elysium, was written and directed by Neill Blomkamp. His 2009 feature debut, District 9, was outstanding. 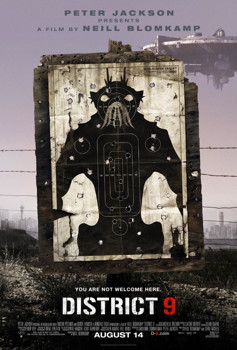 Felicity's first exposure to Flat 29 (who you may remember from our MarsCon-related episodes 044 and 046) was their collaboration with Luke Ski and Carrie Dahlby on Sneaking Snacks into the Cinema. Here's a photo from their live performance at MarsCon. 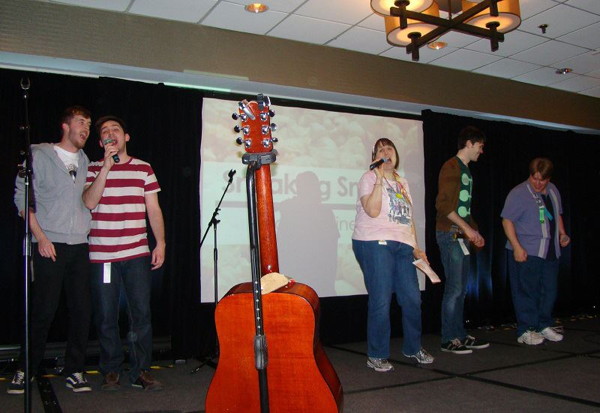 Are your neighbors being too loud again? Do they have an unsecured wireless printer? This week's "Chickens in the News" may just offer the best revenge. Also, we need the chicken key in the photo that accompanies the article. Someone get the folks at Think Geek on it!

And one more chicken-related item for you, which also fulfills our "What's in the Bag?" obligations: The Aquabats! Super Show! Season One DVD includes the episode "Mysterious Egg", featuring a chicken monster! 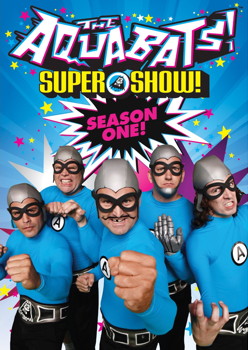