Flopcast 021: What Would You Do With an Army of Lukes?

Kornflake is back from a Teenage Mutant Ninja Turtle-themed party, where she ate weird pizza, played weird card games, and climbed on weird people; Kevin is back from Jury Duty, where, it turns out, full Judge Dredd uniforms are frowned upon; and by request, we present a Top 4 ½ List of awful snack foods. Oh, we also unveil a startling new version of our Flopcast theme music, and we get attacked by a helicopter. But don't worry. Despite this being such an action-packed show, nothing really happens.

The great Luke Ski, who has been mentioned many times on this podcast, wrote lyrics for our theme tune! And cloned himself!

Longtime followers of Kevin and Kornflake may know that the tune itself is the saxophone solo from "Coffee and Cartoons", the song by Sponge Awareness Foundation (Kevin's old band) that became both the intro to and title of Kornflake's comedy music radio show.

Although we love old Hostess comic book ads and TV commercials, as well as many of their products, a couple of them did make the Top 4 ½ List of awful snack foods (as suggested by our cartoonist friend Andy): 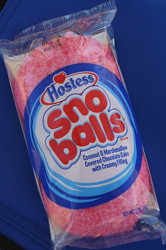 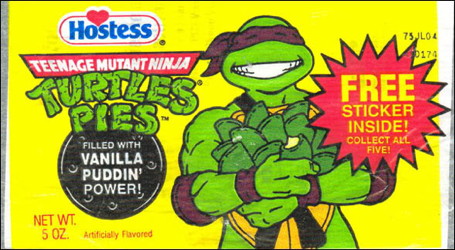 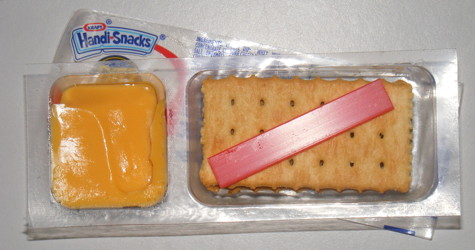 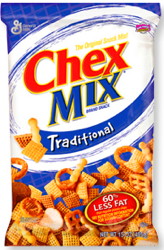 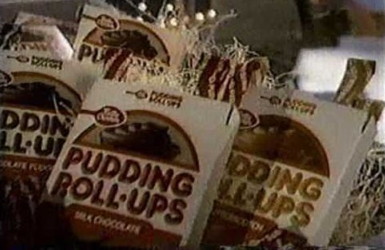 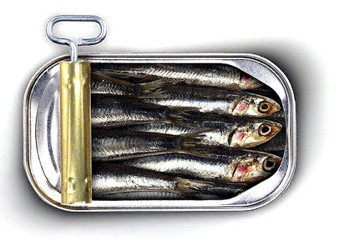 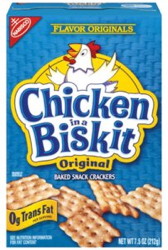 * The Mayor of Chickentown actually likes these. In fact, Chicken in a Biskit crackers are the Official Snack Food of Chickentown. Read about the even more unusual flavors available in Australia!